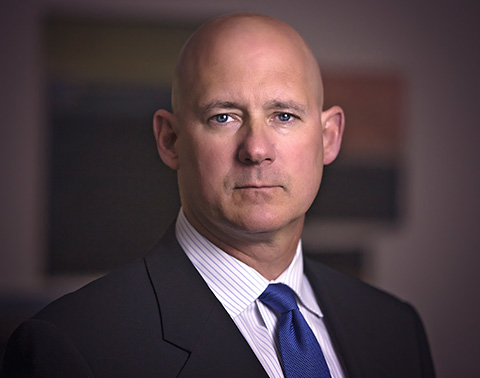 F. Montgomery Brown has been practicing law in the State of Iowa since 1986, earning a reputation as a vigorous and effective advocate for his clients.

After graduating from Buena Vista College in 1983, he entered Drake Law School and earned his law degree in 1986.

He immediately joined the Dallas County Attorney’s Office as an assistant county attorney with duties in both criminal cases and civil law. He was responsible for the investigation, prosecution and trial of multiple categories of criminal offenses ranging from simple misdemeanors to white-collar crimes, vehicular homicide, kidnapping, robbery, arson, sexual assault and first-degree murder. His civil law responsibilities included consulting with, advising and representing the county and its board of supervisors on liability, contractual and budget matters.

In 1990, Brown joined the Des Moines firm of Cook, Gotsdiner, McEnroe & McCarthy. His primary focus was criminal defense and civil litigation in state and appellate courts in Iowa, United States District Court for the Southern District of Iowa in Des Moines, the Northern District of Iowa in Cedar Rapids and the U.S. Court of Appeals for the Eighth Circuit, located in St. Louis.

He practiced law with the firm until 1998 when he and several colleagues formed Cook, Brown & Scott. During the firm’s 10 years, its partners practiced primarily criminal defense in state and federal courts.

Since 2008, Brown has practiced law at his current location 1001 Office Park Road, Suite 108, West Des Moines — first as Brown & Scott, P.L.C. and then as FMBrown Law Firm, P.L.L.C. after his business partner Paul Scott was appointed to the state bench in late 2013.

Brown’s community activities include serving on the boards of directors of United Community Services, Des Moines Youth Hockey Association and the Midwest Amateur Hockey Association. He has also been a volunteer manager and coach for youth hockey and Little League teams.

Have a question about our services?

We would love to hear from you.